It’s that time of the week again where we give you the list of Bollywood movies that are releasing on the coming Friday that is on 22nd February 2013. This week we have 2 Bollywood movies hit the theaters – Kai Po Che and Zila Ghaziabad.  Here’s a sneak peak. 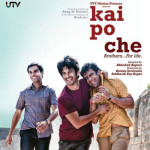 Kai Po Che: Based on Chetan Bhagat’s novel ‘3 Mistakes Of My Life’, Kai Po Che is directed by Abhishek Kapoor, whose last film Rock On was much appreciated by the audience and critics alike. Movie is a story of three friends and is set up in Gujarat. Even though Kai Po Che stars newcomers, it has been able to garner public attention owing to the good promos. Also Amit Trivedi’s music seems to have done wonders for the film. There has been lot of positive reviews coming in from celebs who attended the premiere of Kai Po Che yesterday. Will the movie live up to the expectations? You will need to catch it this weekend to find out. 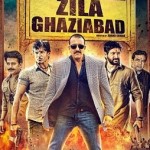 Zila Ghaziabad: This multi-starrer is based on a true story of a  gang war between two powerful rival groups in Ghaziabad. Vivek Oberoi and Arshad Warsi play the leaders of the respective gangs. Zila Ghaziabad also stars Sanjay Dutt (as a police officer), Paresh Rawal and Ravi Kishan. The promos have not been very impressive and the music too has failed to climb up the charts (despite the hugely promoted item song ‘Ghaziabad Ki Rani’). We hope this film is better than what it looks from the teasers.

So these are our 2 Bollywood releases for 22nd February 2013. Kai Po Che is expected to open better at multiplexes while Zila Ghaziabad might have an edge at single screens. Keep watching this space for more for these new releases.