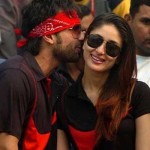 Saif Ali Khan and Kareena Kapoor have finally decided their wedding date – October 16 and the news has been confirmed by Saif’s mother Sharmila Tagore. Talking to a daily Sharmila said “Yes, that’s the date we have decided upon. There will be a reception, too, but not a very big one.” According the sources the wedding will be a very private affair attended by only close friends and family and will be held at Pataudi’s ancestral home. The wedding is likely to be low key because of Nawab Pataudi’s death last year.

Saif and Kareena’s wedding news has been doing the media rounds for years now. The couple were earlier supposed to tie the knot last year however the wedding was postponed due to the death of Saif’s father Mansoor Ali Khan Pataudi. It was then rumored that the couple will exchange vows after the release of their film Agent Vinod. However even that didn’t happen now Saifeena have finally decided to have an October wedding. The wedding reception might be held in Mumbai though the venue for the same has not been decided yet.

Saif Ali Khan was earlier married to Amrita Singh and the couple has two kids together – Sara and Ibrahim. Saif and Kareena came close during the shooting of Tashan and have been dating each other since 2007. Kareena had earlier dated actor Shahid Kapoor.

Our congratulations to Saif and Kareena on their wedding! 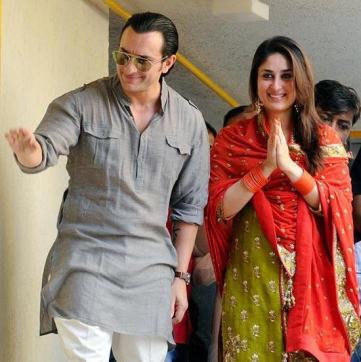 A look at Saif and Kareena’s wedding card! 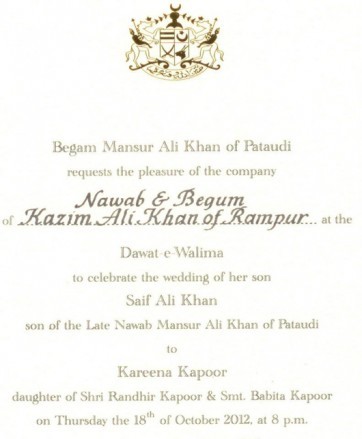 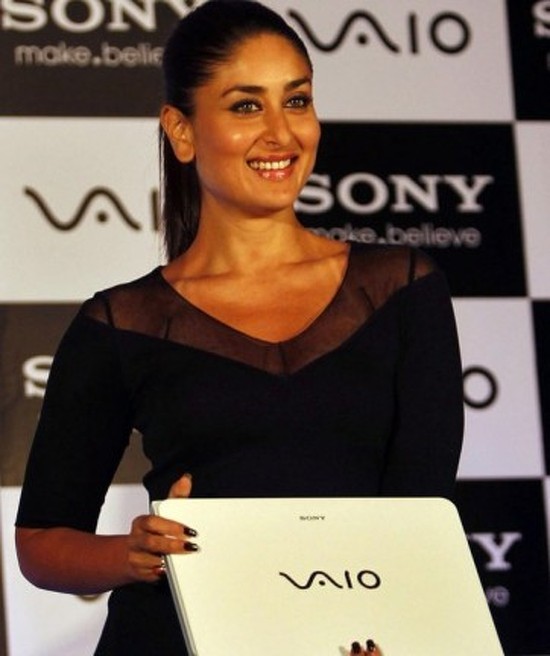 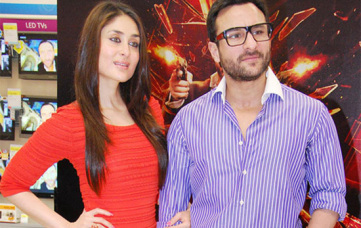