Remember the Ritesh Deshmukh and Tusshar Kapoor starrer ‘Kya Kool Hain Hum’ that released in 2005? The movie mostly received negative reviews from the critics but turned out to be one of the biggest hits of the year! Ritesh and Tusshar are now back in its sequel, ‘Kyaa Super Kool Hain Hum’ which releases on August 2nd.

The first look of the movie was released today and what caught our attention was that the poster actually contains a line from one of the negative reviews (by Khalid Mohamed) for the original movie. Apparently Khalid had then said “These people should hang their heads in shame” and this line is written at the top of the poster! Ritesh and Tusshar have been retained from the original cast and look funny in the first look. The movie also stars Sarah Jane Dias, Neha Sharma, Chunkey Pandey and Anupam Kher. The movie is produced by Ekta Kapoor and directed by Sachin Yardi.

Check out the first look of ‘Kyaa Super Kool Hain Hum’ and tell us what do you think about it? 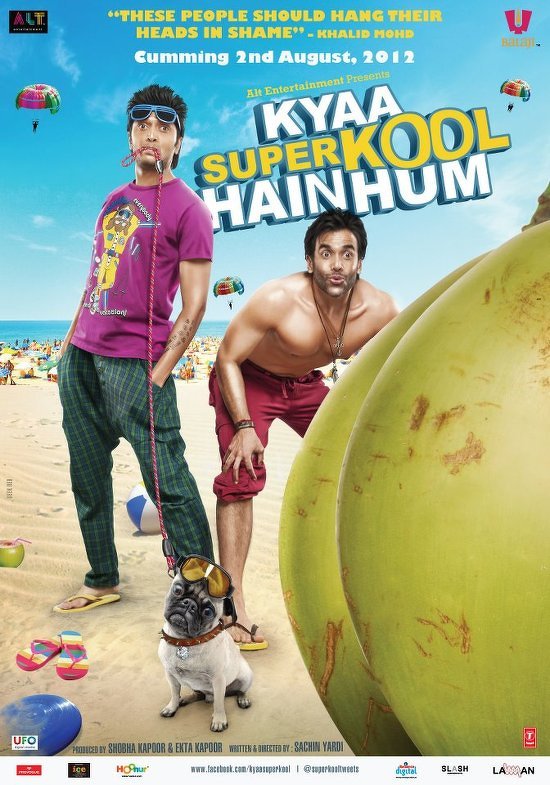 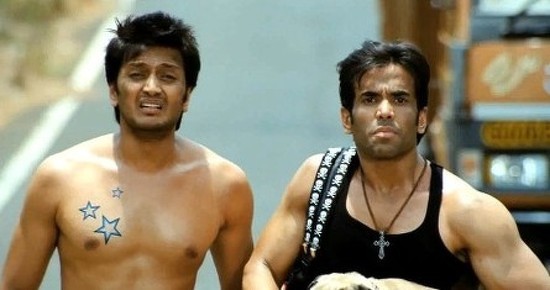 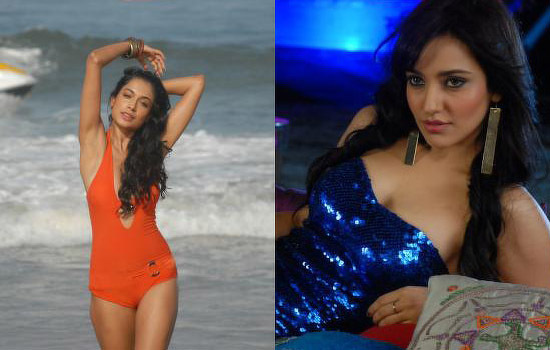 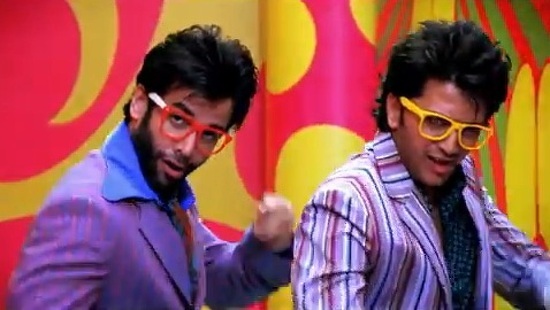 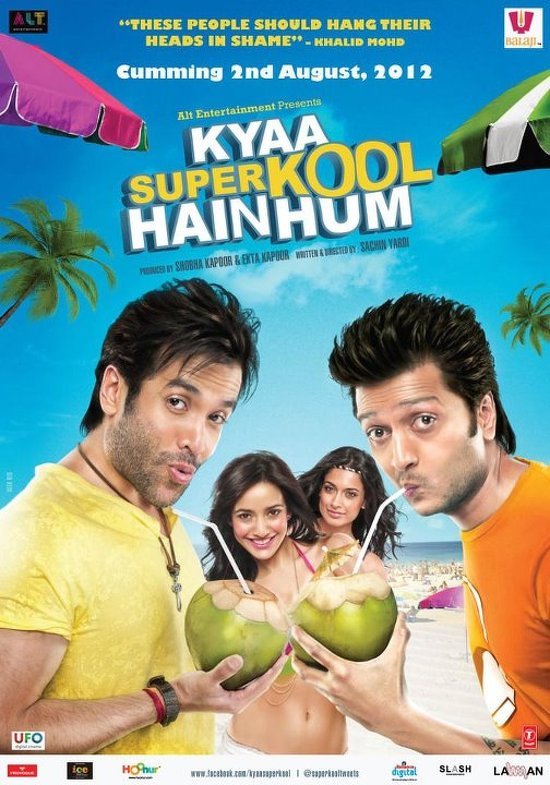