Actor Ranbir Kapoor turns 30 today and to celebrate the occasion he threw a midnight birthday bash for his friends and colleagues. While a number of stars turned up for the party, the center of attraction were obviously Deepika Padukone and Katrina Kaif – two ladies with whom Ranbir has had a romantic linkup in the past. It was said that Ranbir and Deepika ended their relationship because of Katrina Kaif with whom Ranbir was linked during the making of Ajab Prem Ki Ghazab Kahani.

However even after the breakup Ranbir and Deepika maintained that they are good friends. This was evident as Deepika showed up for his birthday bash looking casual in a ripped jeans and shirt with glasses. Ranbir and Deepika will be soon seen in Yeh Jawani Hai Deewani which will release in March 2013. Well it looks like Ranbir has managed to maintain a cordial relationship with both his ex-girlfriends. Anushka Sharma, Arjun Kapoor, Karan Johar, Imtiaz Ali, Kalki Koechlin and Anurag Kashyap were the other celebrities spotted at the event. 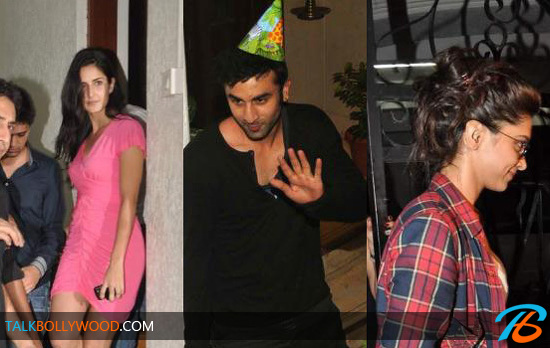 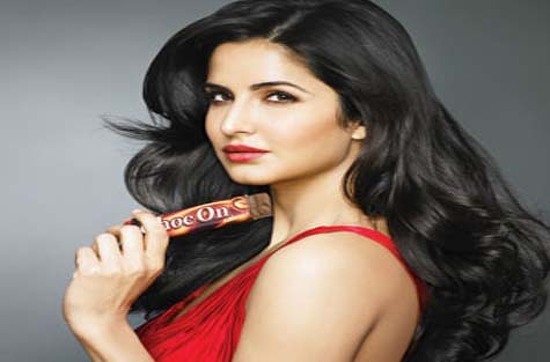 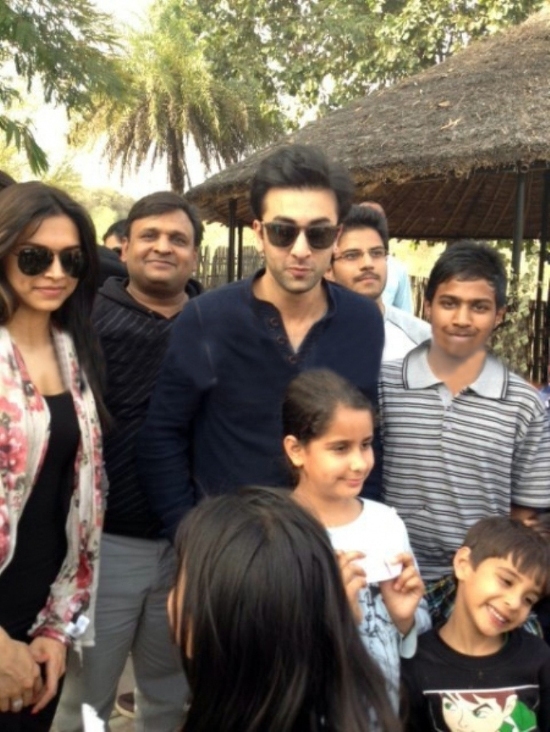 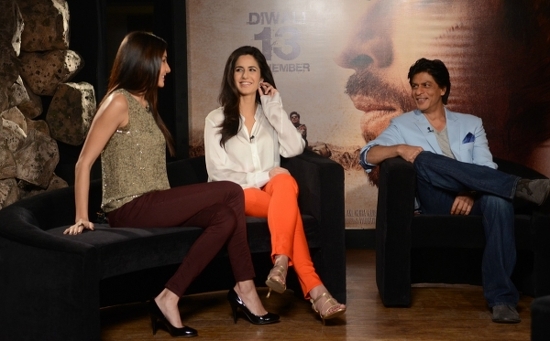