If you are a Shahid-Priyanka fan, here is some good news for you. Their latest movie Teri Meri Kahaani will see the actors romance each other not once, not twice but thrice on screen! Yes that’s right the trailer of Teri Meri Kahaani was launched today and from the promo it look like there was three love stories set across different generations – 1910, 1960 and 2012.

The couple sports a very traditional look in the 1910 story, with Shahid in a pathani suit and Priyanka in traditional salwar kameez. The 1960 sees Priyanka dressed up like the Bollywood actress of the 60’s. The 2012 of course has Shahid-Priyanka look the way they usually do in most of their movies. From the three stories, we quite liked the 1910 look on both Shahid and Priyanka.

The trailer itself though doesn’t look very different from what we have been before in Bollywood. It reminds us of Mausam, Om Shanti Om, Anjaana Anjaani and so many other films. Releasing this June the movie is directed by Kunal Kohli.

Catch below the trailer of Teri Meri Kahaani 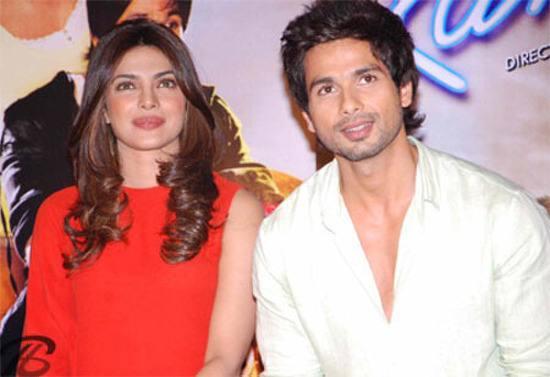