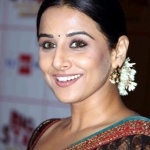 Vidya Balan is all set to tie the knot with beau Siddharth Roy Kapur on December 14th. The actress will have a Punjabi and South Indian style wedding since she is from South whereas Siddharth is a punjabi.

Talking to Times Of India, a source said “Preparations are on in full swing at both households. Close friends and relatives have been asked to block their dates from December 11 to 14. She is a Tamilian and he is a Punjabi, so a number of functions have been planned keeping the South Indian and Punjabi culture in mind. While details are still being worked out, they will have a South Indian style wedding and either a Punjabi style wedding after that or a reception. The sangeet and other functions will start from December 11 onwards. The guest list is still being worked out but most of her friends from the industry will be invited. They may throw a separate bash for their friends from the industry but there is no confirmation on that as yet”.

Siddharth Roy Kapur is the CEO of UTV Motion Pictures and the two have been dating for a while now. Even though Vidya refused to comment on her wedding, it is said that the event will be very private with only close family and friends.

Our best wishes to the couple! 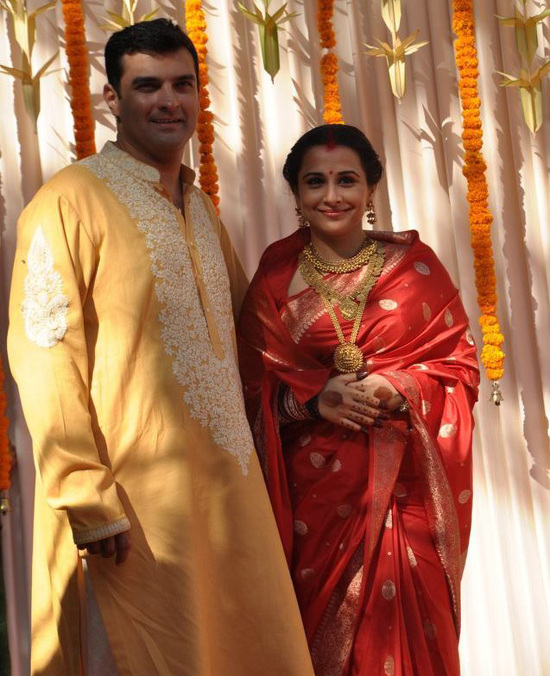 Vidya Balan and Siddharth Roy Kapur at their pre-wedding bash 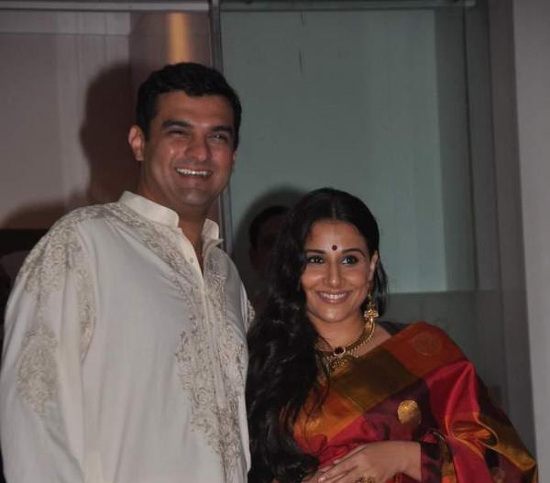 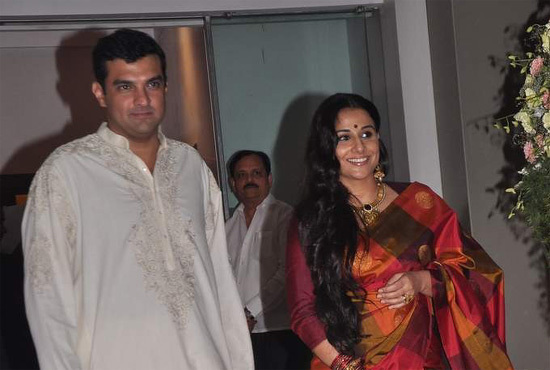 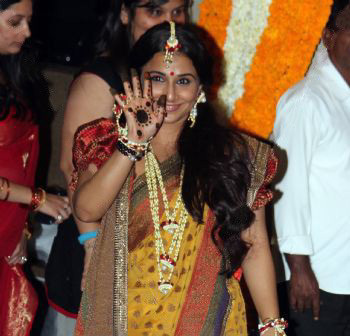