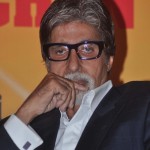 The rape of a para-medical student in Delhi has sparked an outrage among the public. Questions are being raised over the safety of women not only in Delhi but across the country. Bollywood stars too expressed their shock, anger and disgust over twitter.

Amitabh Bachchan : Wanted to say so much of the day .. but so disturbed by the gang rape case in Delhi .. atrocious and unforgivable !! Durga, Kali, Lakshmi are goddesses .. we pay homage to them, respect them. Women need to be respected, and given pride of place. On this public platform I dare not even attempt to mention the details of the rape case .. even an animal would not behave so. Enough said ! Enough ! I cannot express anymore.

Shahrukh Khan : We cannot blame a ghastly act as the collective deterioration of the world we live in. It is not an external condition. İTS US becos we make that collective & if we dont punish the rapists then rightfully we will be punished..soon. .very soon…when this inhuman crime hits our homes and families.

Priyanka Chopra : It’s so scary that an independent woman in her own country cannot take a bus without the fear of being attacked.. This is not just a crime against women.. It’s a crime against society.. With so much being said about how women need to dress appropriately or behave appropriately.. I find this whole dialogue absurd.. A woman is not raped because She’s out at night or wearing a short dress or drinking.. She’s raped cause SOMEONE bloody RAPED HER!! And there is no excuse or explanation for that!! Small men who feel powerful by taking on a young girl minding her own business?! Living her beautiful life?! Why Kind of a democracy r we living in? Where a girl can’t be all she is wants to be just out of fear if Man!! Is this India Shining?? Is this even India? Whr is the fear if the law? Of the Govt? It’s shameful!

Preity Zinta : Security 4 women in India is our FUNDAMENTAL RIGHT ! Why can’t a WOMEN’S SECURITY BILL be passed in Parliament ? WHY ???? The only way 2 put fear in the heads of Rapists specially Gang Rapists is the #Deathpenalty ! Harsh measures 4 such inhuman crimes.

Shahid Kapoor : We will talk about this for a few days and move on …. Is this who we are or who we have become .. Rape is unpardonable ….And must b dealt with as severely as can b ….. Horrifying and disturbing …If we cannot make every woman feel safe in this country #WEFAIL

Karan Johar : Disgusted and apalled at the tragic rape incident in Delhi…severe and immediate punishment has to be served!!! Its shameful….

Farhan Akhtar : Yes we can stoop lower as a people. The Delhi bus gang rape is proof of that. Is justice asleep? Everything has a tipping point and r nation just crossed it with the Delhi gangrape case. we demand a new, faster system of justice 4 Rape. The guilty should be treated as terrorists. Just because they target one woman and not a nation, doesn’t mean that’s not their crime.

Alia Bhatt : The more I know about the Delhi rape case the more I am disgusted and hurt !! The pain they have put her through is appalling and horrifying. It’s time we stand up in support of every woman, girl or child that has ever suffered abuse – at the hands of strangers and sometimes family

Sridevi : My heart goes out to the girl & her family in Delhi. Hope justice is served to the guilty of this heinous crime with a severe punishment.

Ritesh Deshmukh : Action needed nt only against these culprits but also in formation of effective laws n its implementaion 2 avoid these crimes 4m happening again. Its a right of every woman to feel safe at anytime n anywhere in this country. No one can dictate that.

Dia Mirza : I am ashamed. I am a part of a race that can do such harm. #sick No place for Apathy. Enough. Say it. Feel it. And stand by it! I will.

Ayesha Takia : Enough is enough with the amount of assaults, molestations, Rapes n eveteasing in this country. We as women need to feel safe n all of us as indian citizens ask for the death penalty/ capital punishment for Rapists! We want this to stop, we want women’s rites to b acknowledged, we want strict laws n Capital punishment for rapists! Parents need to teach sons to respect women, instead of asking women to stop leaving the house! All the good men n women of this country want justice and laws. We want women to feel safe again!

Juhi Chawla :  My heart goes out to the little girl & her family. I hope those men are found & publicly punished for this heinous act. Sometimes I wish our laws were as simple & strict as tooth for tooth & an eye for an eye. Crimes like this wouldn’t happen!

We hope that the culprits are punished soon.

Madhuri and Juhi bond on the sets of Gulab Gang 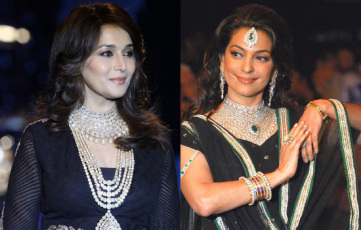 Madhuri and Juhi come together in Gulab Gang 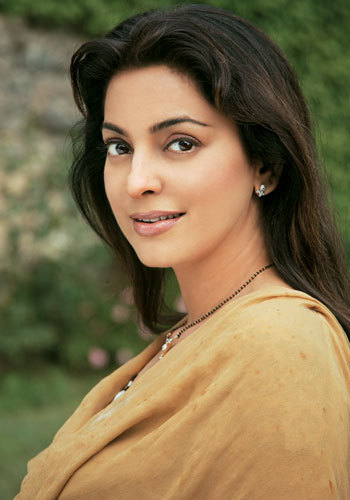 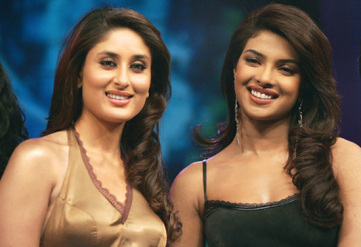 First pictures of Kareena Kapoor from her wedding reception in Delhi 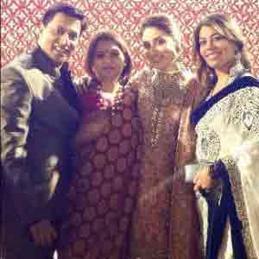